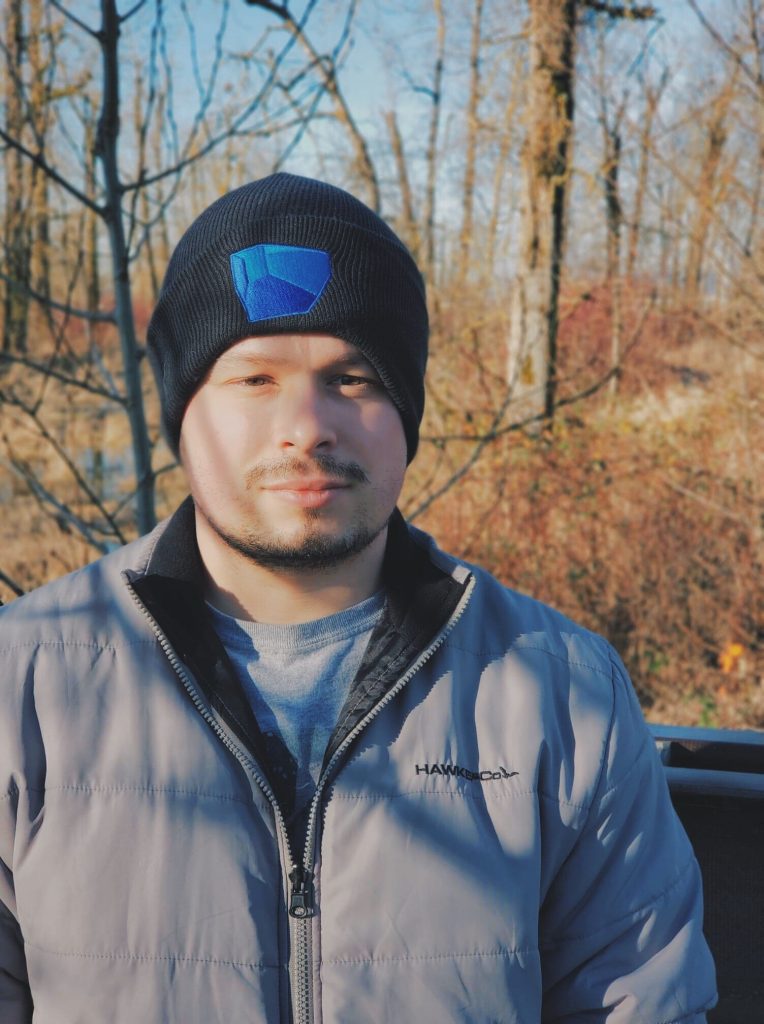 Phuture:  THE TIME HAS FINALLY COME! We’ve been waiting to release with you for like 3 years now?! Granted we’ve been able to play several shows together, grab some tea, partner up on half a dozen network releases and build a genuine friendship.

So happy to have this be your first release on our network as it’s one of our favorites from you!

Let’s start things off with what you had for dinner 🙂

Phuture:  Tell us about ‘Almaty’. What is the meaning and inspiration behind it? What do you want listeners to take away from it?

Phuture:  How long have you been producing? What’s your background with music? What do you do outside of music?

Too Much: I started producing in late 2015, so it’s coming up on 4 years now. I’ve actually been involved with music for most of my life. My mom played piano and sang. My dad was in a band in his early life. I was involved in school band from 5th-12th grade. Alto sax was my main, but I’ve also played tenor sax, soprano sax, trumpet, euphonium, and some percussion. I was part of jazz band in high school as well. I started playing guitar as a freshman and at this point in my life, it’s my favorite instrument.

Right out of high school, I was involved in a prog metal band as the vocalist. I learned a bunch of music theory from a bandmate during that time, which I am convinced is why I am able to compose at all. As for being a producer, I started with meditation music (late 2015) and moved my way to electronic bass-centered music after trying LSD for the first time. It all just clicked lol

Phuture:  The world has changed and now you have to dress with foods. What kind of foods would your shirt, pants, socks, etc. be?

Too Much: lmao my shirt would def be a mango, socks would be veggie burgers, pants would be sushi, boxers would be salsa, and shoes would be soup. gross

Phuture:  What role does music play in your life? Can you fathom life without it? If so what would that world be like?

Phuture:  What are your top 3 reasons to stay living in the northwest USA?

1 – the nature. I literally live 2 hours from the coast, waterfalls, 100s of hikes, the gorge, multiple rivers, and mt. hood. If any of you have never been up here, come visit please. Then leave tho because it’s already starting to get crowded lol

2 – the community. I’ve always thought the people that live up here are pretty nice. Most people will go out of their way to help out in any way they can. Even strangers. After talking to a lot of people that live elsewhere, that view has been cemented. Canada can probably beat us tho, I fn love that country.

3 – the food. Portland is the best thing around when it comes to vegan, allergy friendly, vegetarian, out-of-country, or just plain weird food.

Phuture:  What have been some of your most notable accomplishments thus far in your musical career?

Too Much: This is definitely one of them! I’ll list a couple others below

Phuture:  How would you describe sound to someone who’s deaf?

Too Much: I would tell them that it’s like taste. With food, you have unlimited possibilities and they are all based on what ingredients you combine and how you cook them. A change in the recipe can have a tiny effect, or it could change the entire dish. You take that concept and apply it to vibrations in the air. Obviously you’d have to experience it to really get it, but i feel like that’s the best I could do lol
On that topic, I’m totally open to there being other “senses” that we can’t comprehend. Just like being deaf and never experiencing sound, but with something we’ve never even considered yet.

Phuture: Name 5 artists that are going to take over 2019!

Explore more of Too much here: