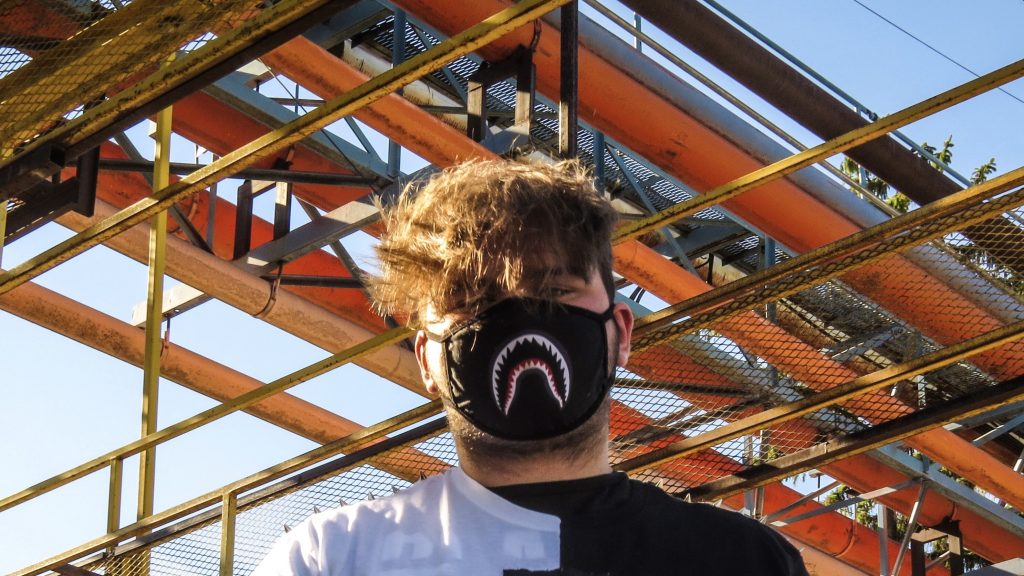 Phuture: Lizdek!!!! You are coming off of a CRAZY album release (HONOR) which took us on such a divine experience. A couple weeks later and here you are with yet another – divine experience. Excited to pick your brain a bit – let’s start things off with what you had for Lunch :).

Lizdek: Thank you for having me on once again! Very excited for this. I had nacho’s for lunch; they were leftovers from yesterday and nobody else in the house was eating them, so I figured I’d indulge.

Phuture: Tell us about ‘Scarlett’. What ideas / emotions / inspirations went into this? How did the track begin to take shape?

Lizdek: I was listening to a lot of Night Owl Collective releases, and just jazz/electronic fusions in general, somewhere in the same time frame the song was created. That kind of stuff was always an inspiration, along with neuro stuff like what the Upscale crew is doing; I always loved touching on that side of the spectrum, but never the side of the spectrum with all the crazy chord progressions and textures, so I thought I’d get that going with this one.

Phuture: What are 3 things that most people might not know about you?

Lizdek: My last name is in fact Lizdek. A lot less people knew this than I initially thought, so I’m clearing the air on that right now. I also descend from a Serbian/Croatian background! I haven’t really expressed that through my music/brand until recently, and it feels good to finally show people my heritage in a proper manner. Lastly, I started out making Big Room House. It’s something I was actually ashamed of for a long time, but it’s a part of my past that I wouldn’t be here without, so I’m thankful for it and I will continue to let people know that.

Phuture: What’s a phrase you are guilty of saying too often?

Lizdek: I don’t really feel guilty of the “phrases” I say because they’re always valid to somebody. BUT, I’m definitely guilty of saying stupid shit like “word” and “ight bet” in Discord chat and texts in general a little too often. I just don’t know what else to reply with most of the time, so normally just pop out with one of them shits while I formulate my answer.

Phuture: Everyone has their vices / addictions. What’s yours?

Lizdek: I don’t know if being super disorganized counts as a vice, but that’s the first thing that comes to mind. I beat myself up for it a LOT, and since realizing this, I’ve taken it upon myself to be better about it and encourage my friends who also have this issue to do the same. It actually helps a lot now that I have a new PC after 5 years of being on a garbage laptop that absolutely could not handle anything I do. However, it’s still a very bad habit and I’m still trying my best to get out of it.

Phuture: Where are the most common places you find inspiration? What are some of the more obscure ways to be or stay inspired?

Lizdek: Aside from being in my element at 3 AM like every other artist, a specific scenery will remind me of a specific artist or song. From there, I keep that image stored in the back of my head, I’ll try to put my spin on that said artists/songs style and base my rendition around the scenery I was surrounded by. I live in a very green area of British Columbia, Canada, so I get to see a lot of beautiful imagery that many other people in the world don’t get to see, but that shouldn’t stop anyone from embracing the things around them! Even if you live in a boring, dangerous, or even mundane area, there’s always something to write about.

Phuture: What would happen if the Sun went out for 10 minutes?

Lizdek: In comparison to the sun going out for like, 24 hours, we’d be so much less fucked. However, I think many other smaller life forms would suffer, which would probably put a dent into certain ecosystems. I have no idea if this is a valid thought process or not, I’m not a scientist so I don’t know how this shit goes lmfao

Lizdek: I will most definitely be playing shows, whether it’s next year or whenever else this pandemic simmers down. Hopefully, I’ll be with some long time internet friends when it happens as well. *insert flushed emoji here*

Aside from that, definitely expect an EP with a special someone, and releases with some pretty well known established artists pretty soon.

Phuture: Name 5 artists who are going to rapidly emerge in the next year?

Lizdek: Darby, euphorian, joss lockwood, SLOY, and (hopefully) Bendel. The rest of the artists on mine and Bendel’s label, Equity, will also be slid in as honorable mentions; we believe that everyone we sign has HUGE potential of having a very large career in the industry, and we want to expose them to as many people as we possibly can for that reason.

Phuture: Anything else you wish to mention before we part ways until next time?

Lizdek: Once again, thank you (Michael) SO much for having me here again, and thank you to everyone that has been prominent in the Phuture Collective community over the last few years, because I doubt I’d be where I am without all of you. Aside from that, I’m out!

ALSO STREAM MY ALBUM PLEASE AND THANK YOU <333

where did the time go

all i needed was you

mistake me for a fool

and your conscious splits in two
(x2)

painting scarlett in the dark

when your conscious splits in two
(x2)