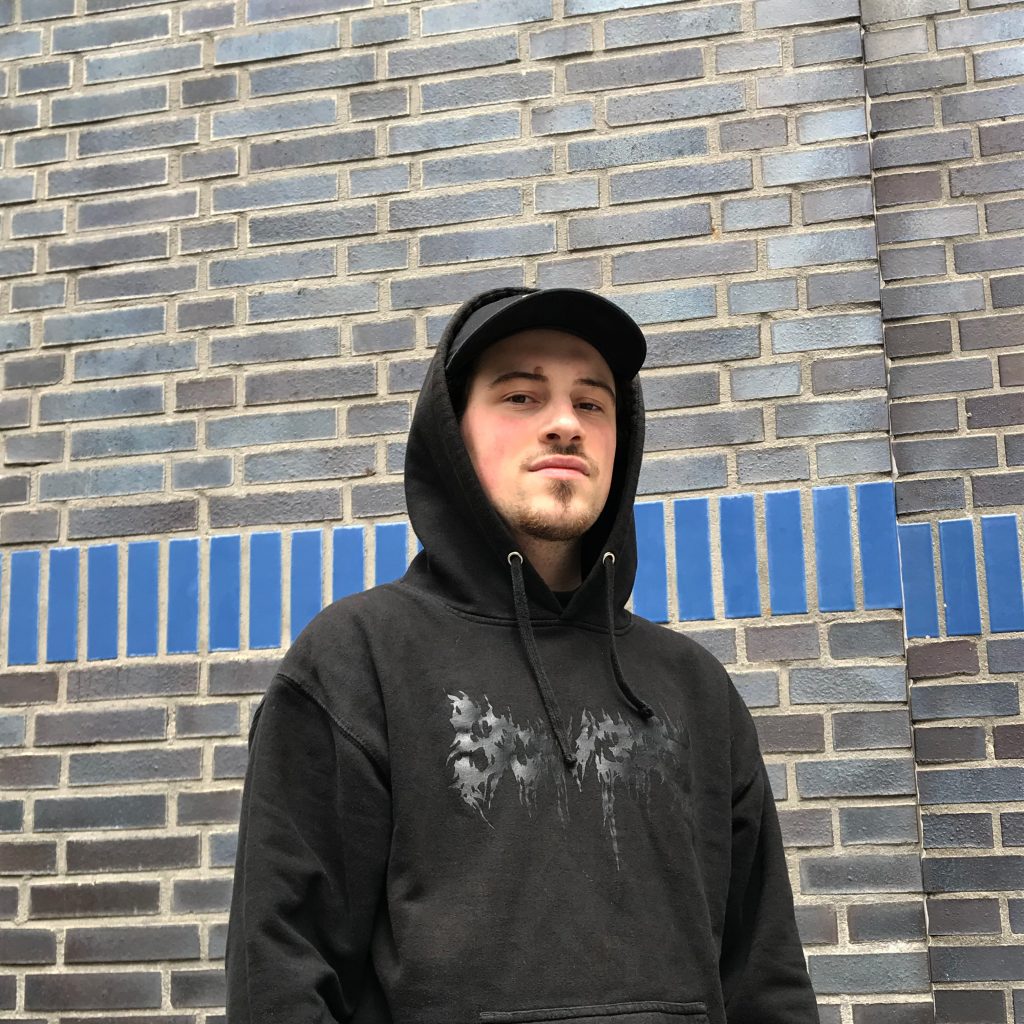 Interview curated by our Admin – Ronnie LoSordo aka Mr. L

Phuture: Deadcrow! Huge welcome, we are so excited to have you on the roster for Issue 16. We’ve been tuned into your music since you released the “Light Trails” EP and have been continuously impressed by your growth and expression since. To start, what’s for breakfast?

deadcrow: Thanks a lot! Thats a long time ago hahaha, really appreciate it. I actually had a BLT bagel for “brunch” today. But recently I’ve just been having a tuna sandwich, might switch back to having an egg sandwich soon, I always have phases when it comes to breakfast (aka lunch).

Phuture: I’m not sure about you, but whenever “TUMS” drops, my face immediately changes. Was there a specific vision behind making this absolutely relentless track?

deadcrow: Hahaha, exactly how the tune was intended. And not really I think? I was just playing around with sound design ‘til I got the main bass sound during the first drop, and figured it might be cool to make it into some kind of distorted hybrid trap type tune. Then when I found the “Tricks up my sleeve” vocal in an acapella, I realized TUMS would be an abbreviation of that and used it as the title, and that’s basically it as far as a “vision” goes. The tune is mostly just meant as a club banger, nothing deep behind it.

Phuture: Name something that’s nostalgic or close to your heart from your hometown or where you live now.

deadcrow: Damn, that’s actually a tough one. I’ve been in The Hague my whole life, so I don’t think I’d really know until I left here. But I reckon it might actually be the park in my neighborhood, or just the neighborhood in general.

Phuture: You always put out a healthy mix of melodic music and hard bass music while impressively combining the two on occasion. What inspires this balance and versatility?

deadcrow: I think it’s really because I love both equally. I really couldn’t just make either melodic or bass heavy stuff, so the most logical choice to me is to try and combine the two. Even though I could also choose to only release melodic stuff as Deadcrow, which I think I’m mostly known for, I think it’s more fun and also more freeing to release all the music I love to make. A lot of artists will say that it’s better to hold on to a certain style to give people something they can latch on to, and while this may be true, I really wouldn’t be able to keep up motivation if I would limit myself to releasing just one type of music. I want Deadcrow to be representative of who I am as an artist and a person, it’s not just a project I work on.

Phuture: For us, you are the king of detuned leads that create both a bright and looming melodic listening experience. Can you explain how you found or created that style of sound design and why you pursue it?

deadcrow: One of my biggest inspirations when it comes to that sound is Mssingno, which I find I’m also guilty of trying to sound like too much, specifically on some of my older releases. His self-titled EP from 2013 was the first record I heard from him, which I have to thank my good homie FilosofischeStilte for, and the funny thing was that at first I didn’t really like the songs because they didn’t have a “normal EDM structure”, but upon listening to the EP again a couple weeks later, I realized how good those tunes were, and it arguably became my biggest inspiration ever sound-wise. And by taking that idea of heavy detuning on leads, often with only 2 voices, and using it in different ways, I guess I managed to create kind of my own sound. I think it’s a good example of how most producers start out imitating others, and through that develop their own sound, by using different sources of inspiration and combining those, not only with each other, but also with the producer’s own unique flavor.

Phuture: You’re big into cars, any reason? Also what title screen song would you choose for a new Need For Speed game?

deadcrow: Hahaha, I literally have no idea “why”. I guess I just really like the way some cars look and sound, specifically 80’s and 90’s JDM cars. My cousins in the States showed me the Fast & the Furious when i was about 7 or 8, and that’s when it all kicked off. Need for Speed: Underground came out in that same time period, so me and my dad used to play it on his laptop. I’ve been following both franchises ever since, even though they both kinda suck right now. But that’s basically where my car obsession started. And the funny thing is that I don’t even have a driver’s license, because it’s not really necessary where I live unless you travel to different cities a lot. But I do consider it a hobby, even though I don’t drive or work on cars. And damn, that’s a tough one. If it would have to be something from present times, and for the title screen as in the start menu, I think I might go for Baauer’s “AETHER”, or maybe Skeler’s “Tel Aviv”.

Phuture: Can we talk a little Wave music? We know you’ve released on a ton of great wave-centric labels such as Wavemob, Terrorhythm, Vibe Digital and more. The scene is growing and filled with a lot of love, can you give us some thoughts on it and the people who support it?

deadcrow: I think where it’s heading right now is sick! The last year or so has been pretty wild with a bunch of artists from the scene gaining support from big names like RL Grime and Virtual Self, and the sound is also evolving a lot. I’m continuously inspired by my friends in the scene and that makes me pretty happy. I definitely have a feeling of unity when it comes to this scene, because a lot of us have been in it for a while and we’re all experiencing it getting bigger and bigger. And I also feel like we challenge each other with every new release, because the sound is fresh, so we always try to bring something new to the table, which causes the sound to keep moving. It’s pretty crazy to me when I think about my older releases compared to where the sound is now. We’ve come a long way, yet it still only feels like the beginning.

Phuture: You can build a brand new house and studio anywhere in the world. Where is it?

deadcrow: Living in a nice NYC apartment has been a dream for ages, which might also just be a romanticized idea I have. I really love NYC though. But I also have never been there longer than 2 or 3 weeks at once. I have been there enough to not really feel like a tourist anymore though. Recently there was a Baauer interview in which he talked about life being in quarantine in his apartment in Brooklyn, including pictures, and it sounded and looked so nice. I really hope that someday I get to live there, even if the cost is stupid high, it would also mean I can afford it.

Phuture: Bless us with 5 artists you see on the come up that we should put our ears to!

deadcrow: Data_Haven released an album recently which was really cool. Guilt Chip is a crazy good producer. Dyzphoria is one of my best music homies who is about to gear up and release more stuff. Divine is also a really good producer who deserves way more recognition. And there’s also a Dutch rapper called Lil Flan$/Flansie who I’ve been checking out lately.

Phuture: What’s on the plate for Deadcrow in the coming months? Years?

deadcrow: I’m just gonna be making and releasing as much music as I can ‘til this rona shit is over, and then I’ll be coming to the States ASAP to do some shows again. And besides that I’ll be chilling with homies, watching stuff and occasionally playing (racing) video games. I also hope to be streaming video games soon, I just need to invest in a decent set up to stream from my PS4. And the idea to do merch is also starting to boil. Thanks a lot for the interview man! And I hope everyone reading this is staying safe.