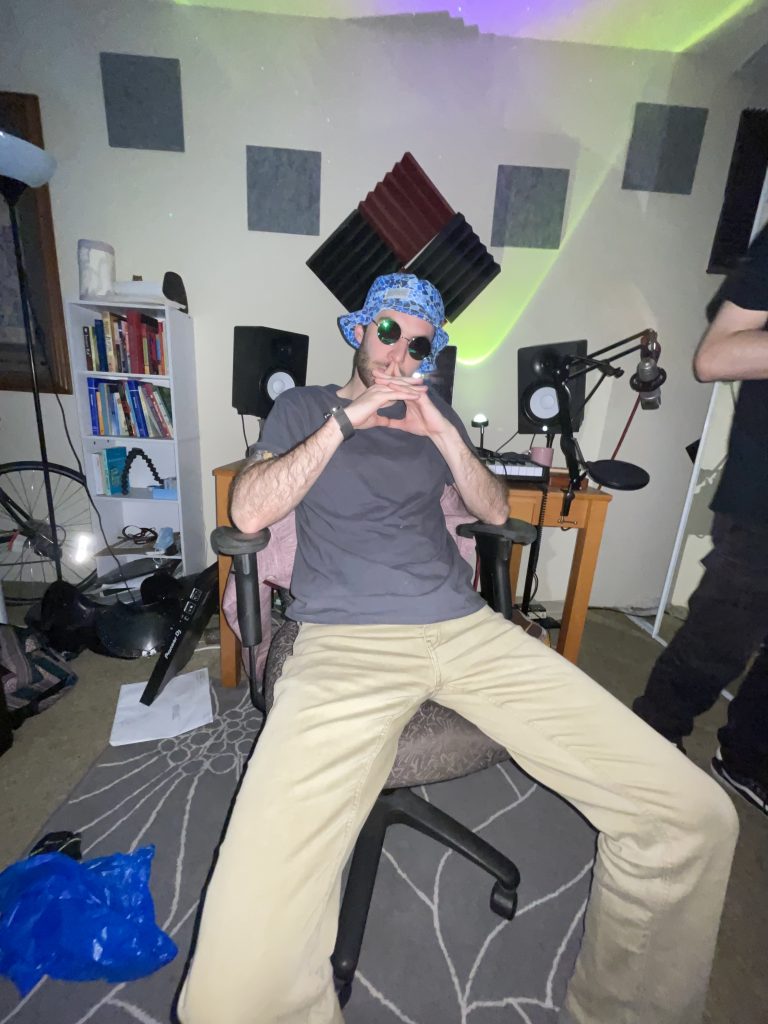 Pictured above is Goodknight.

Phuture: Guess who’s back??! Goodknight. is back!!!

What’s up fam?! It hasn’t been that long since we last spoke in interview form but it’s soooo great to have you back :D.

Let’s kick things off with what you had for breakfast!

Phuture: When you think of our theme ‘Wonder’ what does that theme mean to you?

Goodknight.: The theme ‘Wonder,’ to me, represents that warm feeling that you get when you know that what you’re experiencing is going to have a lasting impact on your emotional, mental, and spiritual state.  What the listener is experiencing with this collection is exactly that 😀

Phuture: You’ve been upping your production levels SOOO much over the years. If we recall you started producing without your own vocals, began collaborating with other vocalists then began sliding your own in. What’s that process been like and how has the reward of releasing changed since utilizing vocals at the forefront with most every release?

Goodknight.: Yep, I started out releasing non-vocal songs alongside a few vocal songs with other vocalists on the tracks.  It’s been quite the journey from then to now and I wasn’t really planning on singing on my tracks, initially.  I was messing around with vocals on a track or two and sent them to people, and they really liked what they heard, so I thought “why not”.  My vision is to continue to bridge the gap between producer and singer so that I’ll be able to one day play out my songs back to back with me singing on them like a traditional concert!

Phuture: Let’s talk about ‘Focus’! What was the idea behind this track? Please describe the emotions that went into this 🙂

Phuture: What are 3 things that most people might not know about you?

Phuture: If a tree falls in a forest and there is no one there to hear the sound – was there any sound at all? Bonus question – did the tree even fall?

Phuture: What’s your favorite song so far in 2022?

Phuture: Ask us a question!

Goodknight.: What are Phuture Collective’s plans for this next year?

Goodknight.: I have an EP in the works, an online festival performance, an LP, and some other things in the works.  I have a lot in my bag right now 😀