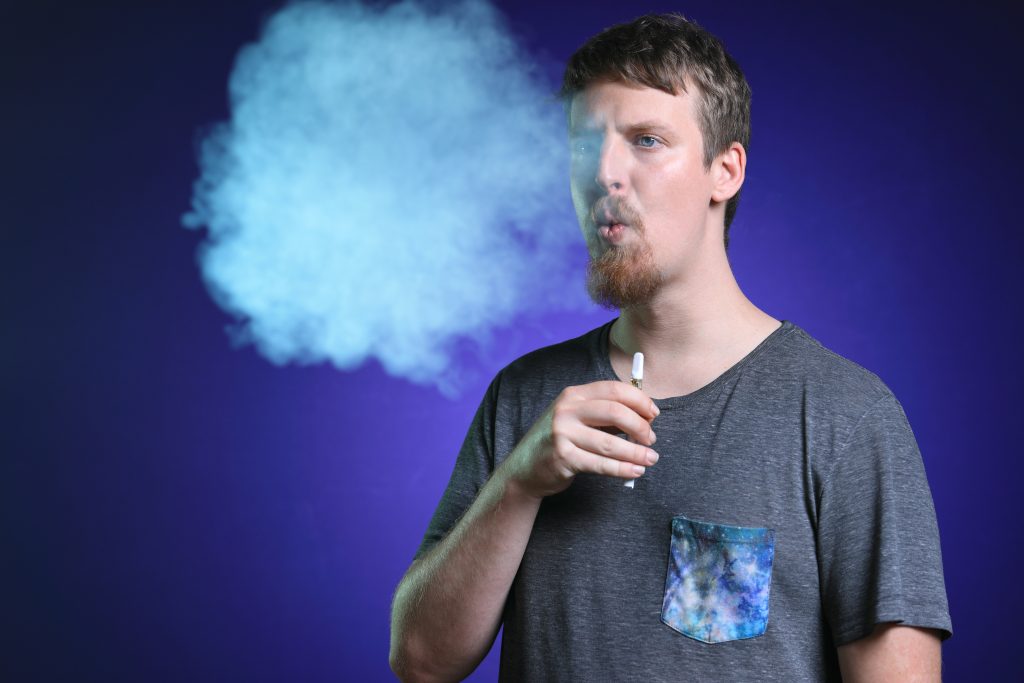 Phuture: Mister Secret Recipe – has it been a long time coming or what! I first met you IRL 6+ years ago in Portland alongside a show which featured DIVERSA’s first Portland appearance. You were kind enough to provide me with my first ever ‘guest list’ spot which spoiled me for every show to come. Thinking more about this, i hadn’t even started phuture yet – I believe I did so 2 months after that show 🙂

Since that brief moment in time i’ve had the pleasure of releasing with you on Presently Lifted, becoming closer to your wonderful Wormhole Music Group vision / platform & have chatted for hours about various topics in this ever growing music scene. I’m happy to call you a friend and am excited to pick your brain – so let’s get into this :).

Start things off by telling the world what you had for breakfast!

Secret Recipe: I don’t eat breakfast until super late in the day, so I’ll that I’ve had today is coffee, water, and ADHD meds. Keeps me motivated or something, but I’ll probably make some eggs and veggies in a sec so I don’t feel like a total degenerate. I’m always on a very erratic eating schedule.

Phuture: Give the reader a brief overview of where you live / how long you’ve been on the music grind / what else you do outside of music 🙂

Secret Recipe: I live in Oakland, CA in the beautiful and glorious San Francisco Bay Area. I started producing about 10 years ago around early 2011, but it was probably a couple more years until I really took it seriously, and then several more until I had any clue what I was doing or where I was going. Outside of producing and performing, I co-own and produce events under the Wormhole Entertainment brand of Wormhole Wednesdays fame, and I also curate and run our Wormhole Music Group label.

So basically, outside of music I do a lot more music, but I also spend a lot of time researching and investing in crypto and stocks, travelling, hiking, working out, cooking, eating, and spending time with my amazing girlfriend. Until the past year or two, I really didn’t do much besides grind on music. That ultimately made me pretty good at music, but exceptionally bad at life. I was becoming real depressed, anxious, and cynical, and spiralling into some really dark places. The pandemic pushed me to start regular therapy sessions, diagnose and treat my ADHD for the first time ever, and really start living a much more balanced and healthy lifestyle in many ways. Now I feel much happier and more fulfilled, all while still feeling like I’m still working on all of my musical projects as much as ever. I never thought that it could work like that, but it really does. Go figure, I guess. But I’m here for it.

Phuture: Let’s talk about ‘Moments of Clarity’ Take us through the production / creation of this track. What were you feeling at the time and what do you hope the listener takes away from this piece?

Secret Recipe: When I wrote this track, I was feeling a pretty wide range of messy emotions, many of them pretty negative. I was feeling overwhelmed by thoughts, I couldn’t focus on anything, I felt constantly anxious and hopefully depressed, and I was worried my career was never going to be the same again and I had lost all of the momentum and trajectory I had been building for years. I had been combatting this with some pretty unhealthy drug habits and a whole lot of hiding in my bed.

At the same time, I was just starting to do therapy, exercise, and really try to turn these attitudes and mental struggles around. What ended up coming out of me seems to be something both chaotic and aggressive while simultaneously soothing, comforting, and beautiful. I titled the track “Moments of Clarity” to reflect this very transitional period in my life and the various epiphanies that have pushed such vital changes in my lifestyle and worldview.

Phuture: Lemon or Lime? PC or Mac? Gold or Silver? Country or Polka? Mushrooms or Broccoli?

Secret Recipe: Lemon for cooking, lime for cocktails. Macbook with an android phone. Bitcoin. Polka. Mushrooms and broccoli both have their own place and time, I could never compare the two, but I do eat mushrooms more regularly.


Phuture: How has Wormhole Music Group impacted your life? Would Secret Recipe be where it is without it?

Secret Recipe: Wormhole Music Group (the label) and especially Wormhole Entertainment (the event company) have impacted my life pretty dramatically. In fact, they’ve pretty much taken over everything, that’s just what I do. When the things you do for fun become the things you do for work, it’s hard to say how those things have impacted your life because they really just become your life.

In terms of how my various roles with Wormhole have impacted the Secret Recipe project, there’s really a lot of both positive and negative side effects of having such a multi-faceted career, or at least there have been for me. It’s undeniable that Wormhole’s reputation has helped me get my foot in the door with a lot of promoters, and I have a label with a bigger following than my own project that I can release my music on whenever I feel like it. That being said, the amount of time I’ve poured into these other projects has also significantly slowed my growth as an artist at many points, particularly when we were throwing Wormhole Wednesday every week for years and years. At the peak of hosting the weekly on top of one off shows, we at one point threw over 80 events in a single year, and I was touring pretty regularly on top of that. So there have definitely been periods where I simply didn’t have the time to invest in my Ableton skills as hard as many of my peers were going in. There’s definitely times where I’ve regretted this, but overall, I wouldn’t change a thing. I throw events to benefit the culture, not to benefit my own musical career, but I’m also not gonna say no to the perks when they come.

Phuture: Give us a walk through a typical day… if that’s a thing ;). To add onto this when production gets involved – do you have any rituals?

Secret Recipe: A typical day has almost never been a thing for me, but lately I do have a bit of a pandemic routine. It usually looks like wake up, drink coffee, check all my portfolios and read up on any financial news, make any compelling trades, check all my business emails, make any promo posts that need to be made, then a walk followed by breakfast with my girlfriend, then I’ll either work on booking out shows and corresponding with agents or work on WIPs in Ableton and organizing RekordBox. Then, some time in the afternoon, I’ll work out while I watch YouTube videos about stock and crypto news that I’ve been following, then get back to the work grind for a few hours, then eat a bunch of edibles, make or order dinner, and start winding down. But what I’m working on and what order I do all this in is pretty constantly changing. Once I’m back to traveling for shows regularly, a lot of this gets thrown out the window as well.

Secret Recipe: That’s easy. It would have to be the one and only Wormhole x Phuture collab, which is the FRQ NCY – Keep It Movin’ premiere off of his Apex Effect EP that we released.

Phuture: Have psychedelics played a role in your life or music? If so then how?

Secret Recipe: Psychedelics have played a huge role in my life and my music, and the role that psychedelics have played on both is very much intertwined. I first started experimenting with psychedelics as a freshman in highschool when I was 14, and I remember very quickly realizing how much bigger the world was than myself, my little bubble, and my own experiences. I also especially remember when I first started taking LSD that I started seeing all of these connections big and small between things that had previously seemed so unrelated. The world felt like a giant Rubik’s Cube that could fit together in an infinite number of ways and make the same shape, but where some amalgamations would always make more sense or be more beautiful than others.

Some time in high school, I discovered Shpongle in some degenerate Limewire search (I think I typed in “psytrance” after seeing that in the Myspace bio of some raver I barely knew in high school) and instantly recognized that this was obviously music made for tripping. The day after I graduated, a bunch of friends and I went to go see Shpongle play at Harmony Festival in Santa Rosa, and there we found flyers for Symbiosis Gathering 2009 in Yosemite. We bought tickets as soon as we got home. On the way there, my homies said “we just found out about this stuff called dubstep, we think you’re gonna like dubstep” and then they put on Froggy Style by The Widdler, we saw Caspa and N-Type on a beach the next night, and the rest is history. And to anyone wondering why that festival was such a big deal, just look up the lineup and/or ask one of your elders in the scene.

Secret Recipe: What’s your favorite restaurant in Portland and why?

Phuture: The Observatory!! Every single thing on their menu is perfect from chicken wings to their pulled pork sandwich & all their salads. They have a special cocktail which is my favorite drink in the world called ‘rose milk n honey’ which has earl grey rum, rose water and a touch of cream… Highly recommend!

Secret Recipe: A million things are in the works and very few of them I can talk about yet, but in the near future my first show back post-pandemic is at the Midway in SF in a couple weeks followed shortly after by The Untz Festival. I’ve got all sorts of releases on the way, but the one I’m most excited about is the full length LP I plan on releasing later this year. Wormhole has all sorts of tricks up our sleeves as well, with a hugely stacked Fall calendar currently being booked. Stay tuned!

Phuture: Name 5 artists who are going to rapidly emerge in 2021!

Secret Recipe: This is too hard so I’m doing 10 in no particular order: Sebjin, Matheny, MYTHM, Josh Teed, Redrum, Chmura, Canvas, Kilamanzego, Kumarion, LYNY. So many more I wanna name, but I know that all of these are gonna crush it.

Phuture: Anything else you wish to mention before we part ways until next time?

Secret Recipe: Research what you’re buying instead of researching what to buy.